Midland might be a small town in mid-Michigan, but it has a big heart when it comes to giving and enriching the surrounding community. 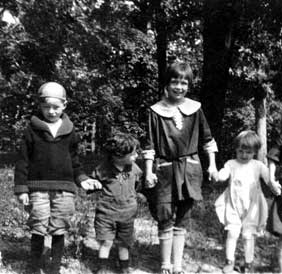 Much of that heart is reflected in the Rollin M. Gerstacker Foundation, which was founded in 1957 with gifts totaling $875.  Now it is proud to celebrate over 50 years and $181 million of giving to worthy causes that help make Midland a wonderful place to live and visit, and make the surrounding community strong and vibrant.

The Gerstacker Foundation has worked with other foundations, leaders and volunteers to create progressive senior housing, a thriving downtown and riverfront, excellent public schools and youth services, superior higher education, wonderful parks and recreation, a thriving music and arts culture, a prestigious regional hospital, diverse community centers and much more. 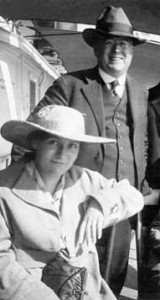 That colorful palette of giving is owed to the foresight of Eda Gerstacker and her son, Carl Gerstacker.  The Gerstacker family lived in Cleveland, Ohio, and was active in many charities there.  After Eda’s husband Rollin died in 1945, she moved to Midland to be with her daughter Elsa and her son Carl, who worked for The Dow Chemical Company and subsequently became Chairman of the Board.

Over the years, Eda became concerned that her Midland and Cleveland charities would suffer when she died. With Carl’s help, Eda founded the Rollin M. Gerstacker Foundation in honor of her husband, using a sizable inheritance from her twin sister Elsa Pardee and her brother-in-law James T. Pardee. The Foundation’s purpose was to ‘carry on, indefinitely, financial aid to charities of all types supported by Mr. and Mrs. R.M. Gerstacker during their lifetimes.’ 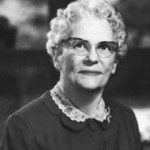 That broad purpose has enabled the Foundation to meet the changing needs of Midland and to support projects in Cleveland and communities where Dow has a major presence.  The Gerstacker Foundation’s first major project was to build quality senior housing for Midland’s elderly – a huge concern of Eda’s and a legacy that continues to this day.

The Gerstacker Foundation often requires strong participation from the community. Carl once said, “It would be a mistake for foundations to give money to do big projects without the support of people. This is why we make a lot of challenge grants, because unless the whole community involves themselves in giving, they won’t become a part of it.” 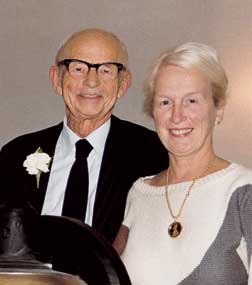 Carl’s wife, Esther, concurred. “The Tridge is a great example. With the help of the Midland Area Community Foundation, the community raised the matching money and children carried in hundreds of bags of pennies to the bank, even naming the Tridge and writing a song.  The whole community united to make this Tridge possible; it’s something I will never forget.”

When Eda Gerstacker died in 1975, she bequeathed a significant inheritance to the Gerstacker  Foundation to enable it to give even more dollars to good causes. Carl did the same when he died in 1995, not quite achieving his objective to give away all of his money in his lifetime.

He once said, “People should do good deeds because it’s the right thing to do. You’ll be much happier to give money to society and see it used while you are still alive.”  That spirit, combined with a broad purpose and a diverse board of trustees, will enable the Gerstacker Foundation to ‘carry on, indefinitely’ its purpose  for many years to come.