Over the years the Gerstacker Foundation has given more than $2,348,000 to the Midland Public School system, supporting a variety of ongoing needs.  Most recently, contributions have been used to purchase equipment for two new state-of-the-art science labs at both Midland high schools, and to install a computer lab where teachers and administrators learn valuable technology skills. In 2001, a $200,000 grant was used to restore Carpenter Elementary School for its 75th anniversary. 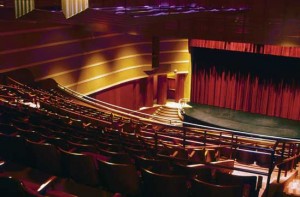 The Gerstacker Foundation also gave a separate grant of $425,000 to help renovate the new Central Middle School Auditorium, which was unveiled in 1999. The gift was used for modern electrical and lighting systems, stage rigging, an updated sound system, air conditioning, improved seating, set construction rooms, and a new music room. The 867 -seat, art deco-style theater is used by performing groups in high school, middle school and the community.